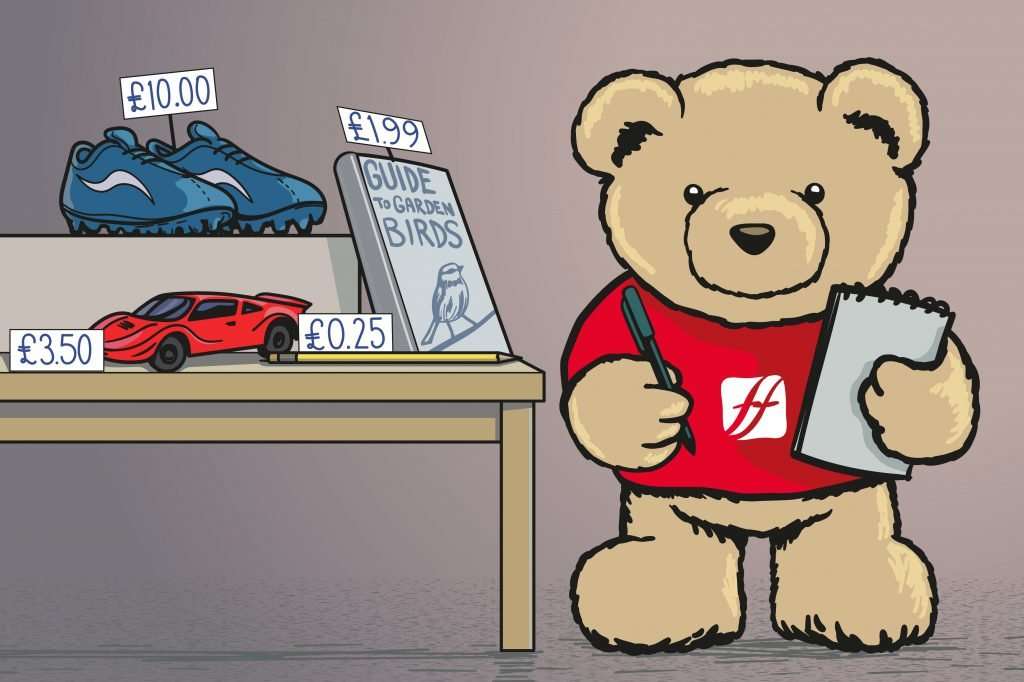 Eddie Teddie is learning at home

Like lots of you, I have been having all my lessons at home because there is another lockdown and school is closed. I don’t mind learning from home too much because Mum and Dad are very clever so can answer most of my questions. I do miss my teacher and all of my friends though!

My Mum and Dad are working from home too, so they can take it in turns to be my teacher. Today I was doing some maths with Dad. He said that learning is easier when it is fun so here’s what we got up to.

My first maths lesson was all about square numbers which sounded really tricky. I learned that a square number (or number squared) is a number which is multiplied by itself.

You know when you are working with a square number because there is a small 2 next to the big number, it looks like this: 22

I found that one easy! The sums get harder as the squared numbers get bigger though. If you are really good at your times tables, you will probably be able to get quite far before getting stuck!

Mental maths can be hard for some people. Dad said it is helpful to build the sums visually if you get stuck. He showed me a really cool way to do this!

All I had to do after that was count up all the bricks I had and that was my answer!

My next maths lesson was all about decimal numbers. These are the numbers which are in between whole numbers. To start with, I thought they looked quite hard but Dad explained to me that this is how prices are written down – and I’m pretty good with working out prices.

The dot in a decimal number is called a decimal point. This helps you to understand whether each of the numbers is a ten, a one or a tenth.

I had to write down what each number meant in tens, ones, tenths and hundredths.

Dad said it would be a good idea to practice adding up decimal numbers. This will help me work out what I can afford to buy with my pocket money when I go to the shop.

I chose which toys I would like to get from Dad’s shop and had to work out how much money I would need to buy them.

Dad told me that when you are adding together decimal numbers you work backwards. Start with the smallest part of the number first; the one-hundredths, then the tenths, then the ones and then the tens.

Working out sums is much easier when you write them down. It is helpful to stack the numbers on top of each other, with the decimal point is in the same place. You can then add the numbers in the same column together:
3.50
0.25
____
3.75

Each number can only go up to 9, after that you change the 9 to a 0 and add a 1 to the number above it instead. Ask your grown up to help if you get stuck! Why not set up your own shop and practice adding up decimal numbers?

Do you like learning from home? What is your favourite lesson?