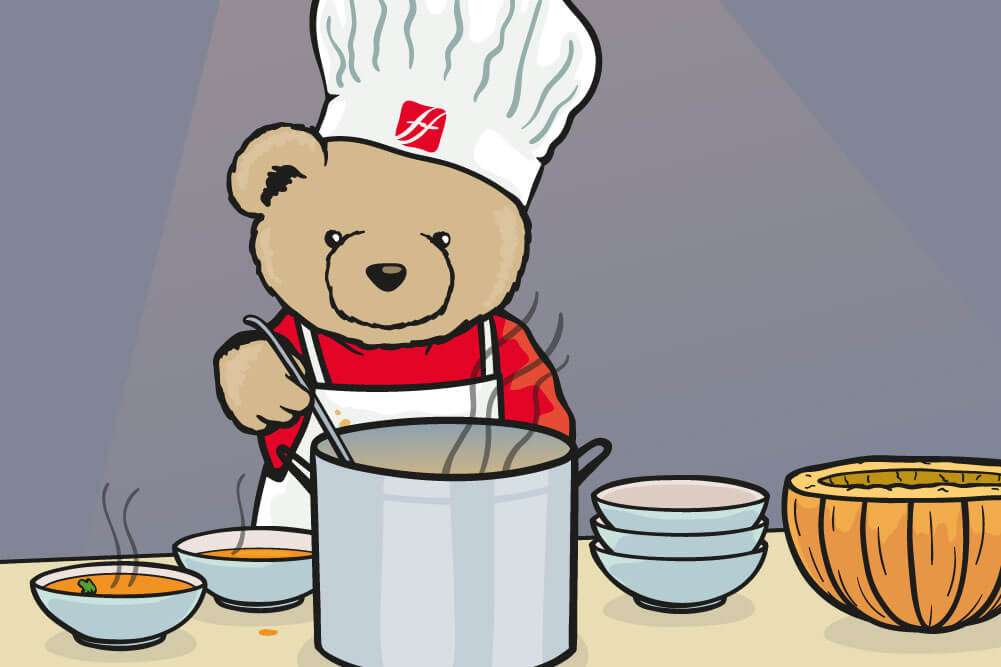 I hope you all had a lovely Halloween! I had a party with all my friends. We did some apple bobbing, some pumpkin carving and played a trick or treat game.

Now that the fun is over it’s time to get rid of the pumpkins. There are lots of great ways to get rid of your pumpkin rather than just throwing it in the bin. These include:

Every Monday my friends and I get together for Soup Monday. We take it in turns to make a delicious soup and this week it’s my turn. I’ve been watching the news recently and they are talking a lot about how much food we waste. That’s not good for the environment, and it’s a waste of money too. So I decided that I was going to use my Halloween pumpkin to make my soup.

To make my soup I followed a recipe step by step. The first thing I had to do was make sure I had the right ingredients. My recipe made enough for six people which was perfect.

The recipe said that I needed to use 1kg of pumpkin but I had 2 pumpkins to use up which weighed 1kg each. Mum suggested that I doubled the recipe to make twice as much and use up all the pumpkin. I could then put any extra in the freezer for another day.

Here is the list of ingredients from my recipe that I needed to double:

Once I had worked out how much of each ingredient I would need for two batches of soup, I had to go to the shops to buy them. This was my shopping list:

4 tbsp olive oil – mum already has this in her cupboard so I don’t need to buy anymore
4 onions
2 kg pumpkin – I already have these left over from Halloween
1,400ml (1.4 litres) vegetable stock
300ml double cream.

When I got home it was time to make the soup. I had lots of fun because I always enjoy cooking. I had to ask my mum to help me cut up the onions and pumpkin as knives are very sharp. I think the most important part when you are cooking is making sure that you stick to the timings on the recipe. I always use a stopwatch to make sure I do.

Once I had made my soup it was time to serve it up. I had to make sure that everyone got an equal amount so it was fair. I put three ladles of soup in each bowl.

I did the same with the leftover soup. I put three ladles of soup into food containers and let them cool down. Once they were cold I popped them in the freezer to be eaten another day.

My pumpkin soup tasted delicious – I think I am going to make it every year now!

What is your favourite flavour soup? 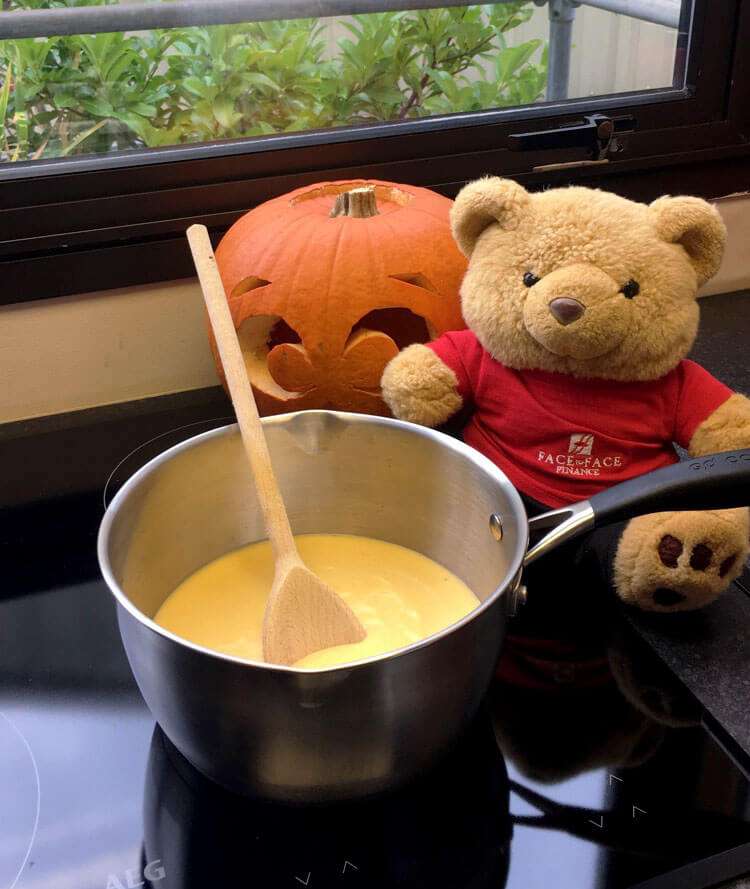