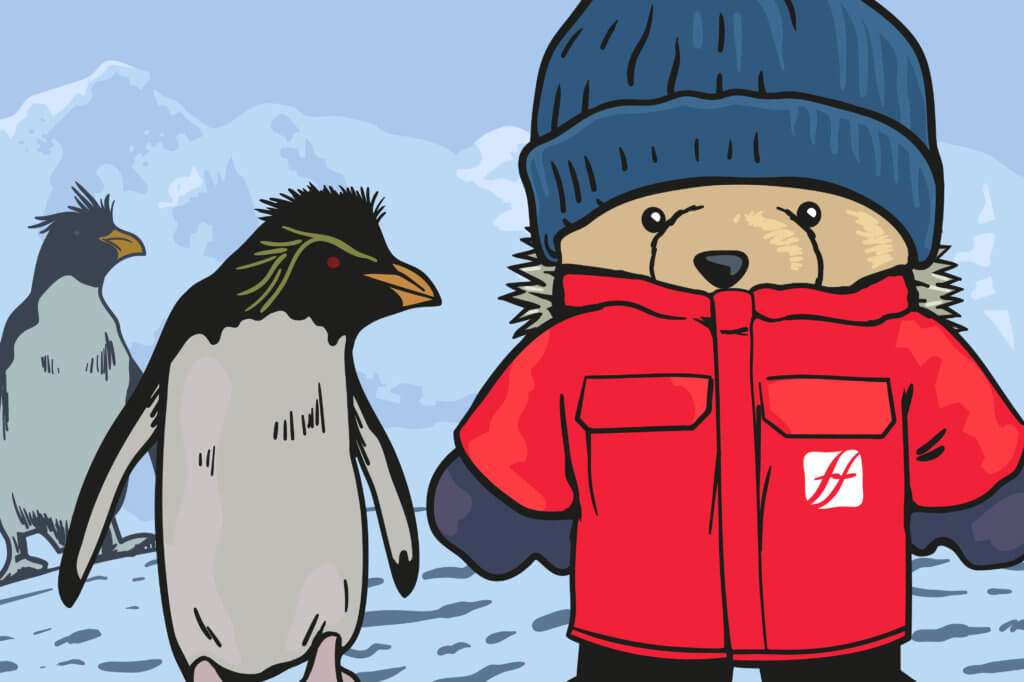 This month, I have been on the most exciting trip. I have been to Antarctica to see some penguins!

I don’t know about you, but I love penguins, in fact they are probably my favourite bird. Up until now I have only been able to see them in the zoo. This year though, I have been saving very hard, along with Mum and Dad, and we decided to take a trip to see them in the wild!

Which penguins live in Antarctica?

Did you know, there are 17 species of penguin and they live all over the world. 8 of the species live in Antarctica and the two islands nearby, South Georgia and the Falklands. That’s almost half of all the species on the planet.

On my trip I was lucky enough to see 7 of these species! It was amazing to see them in their natural habitat. I learned a lot about the penguins I saw on my trip, but now I want to learn about every penguin in the world. I think I’ll ask for a book about penguins for Christmas.

I really enjoyed my trip, even if the weather was very cold! I had to make sure I had plenty of layers on, even with all my fur.

Have you seen any penguins at the zoo? What is the best animal you have seen in the wild?