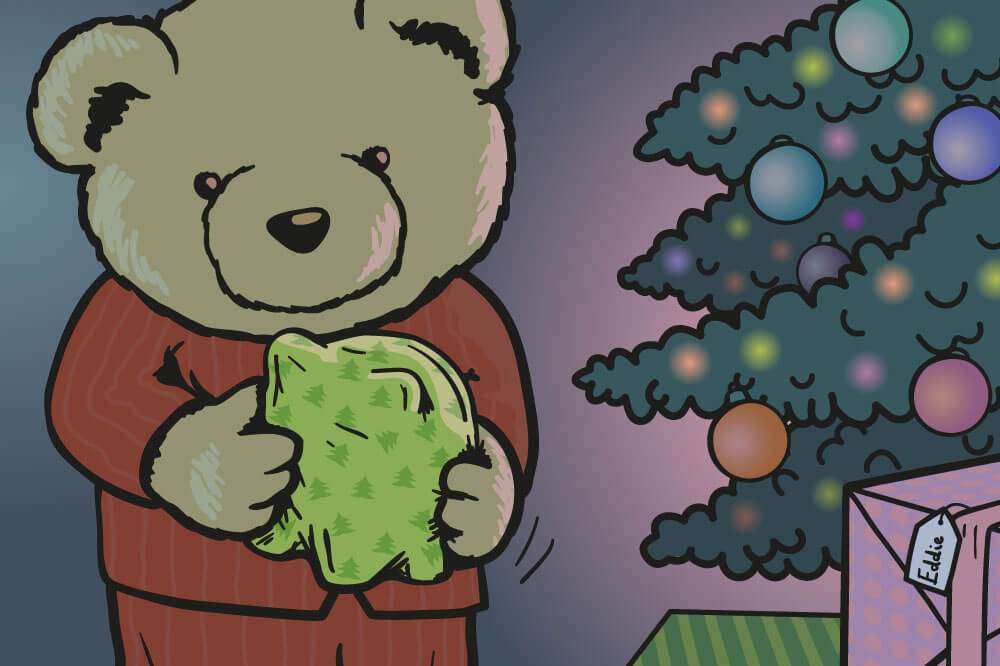 Eddie Teddie woke up early on Christmas morning, jumped out of bed and ran downstairs to the Christmas tree. There was a pile of presents for Eddie, which he couldn’t wait to open.

He’d been wishing for Santa Claus to bring him a new piggy bank. He’d been doing so well with his money saving that he needed more space to save! He didn’t want to spend all the money he’d put away just yet.

He looked over the presents, noticing round ones, rectangular ones, oddly shaped ones, small ones.

Then he spotted one that was different to the others. He carfeully picked it up…

‘Mmm…it rattles!’ Eddie thought ‘But its round too. I really hope it’s what I think it is!’

Eddie carefully unwrapped his gift, and bit by bit, his present was unveiled. It was a brand new, red shiny piggy bank. It had Christmas trees all over it. It rattled because there was already a penny saved inside!

On the side he noticed it had his name on it: ‘Merry Christmas, Eddie x’

‘Thank you Santa! It’s the best present ever!’ Eddie said, with a big bear smile on his face.