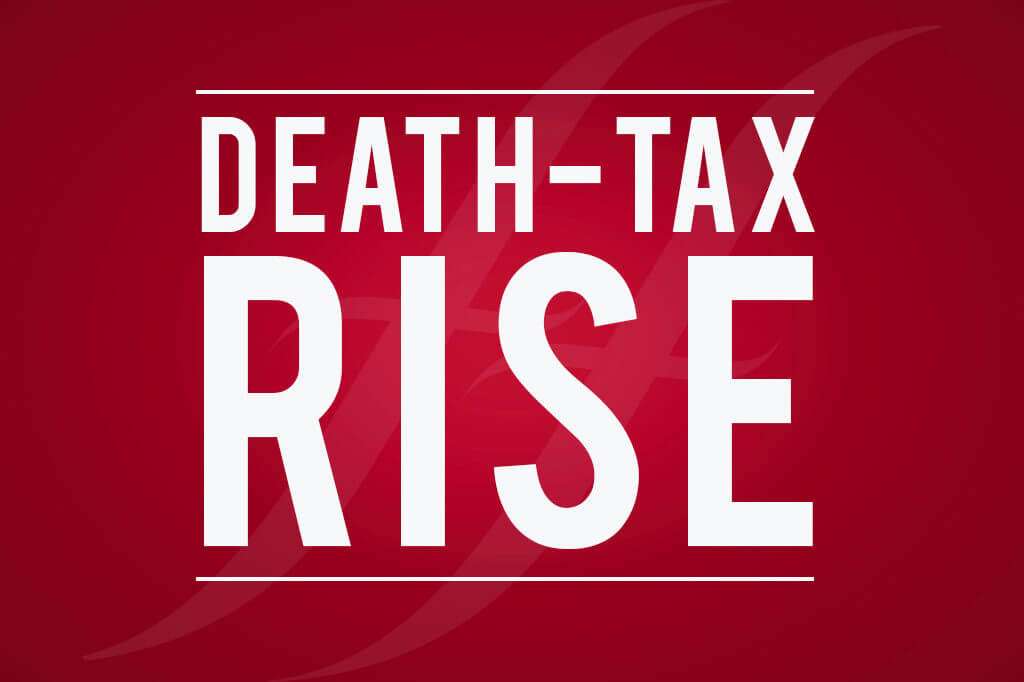 Whilst everyone has been distracted by Brexit, the government have been busy putting through a new, so-called, ‘Death Tax’. It could see families having to pay up to £6,000 after the passing of a family member.

Despite the name, the increased charge is technically a fee. By labelling it as a fee rather than a tax, Ministers have avoided the charge increases having to go through the usual parliamentary debate, causing a bit of a backlash.

The tax will apply on probate

When you die, your assets are frozen. Probate is the act of legally securing the estate of a relative who has passed away, allowing the assets to be accessed and distributed.

Currently a flat fee is charged at £215 for a grant of probate. Or £155 if the family uses a solicitor. This is set to change thanks to the new ‘Death Tax’.

How much can families expect to pay?

Estates worth less than £50,000 will be exempt from any fee. Previously estates of just £5,000 were exempt. That means there are more families who may end up not having to pay anything instead.

A breakdown of the proposed new charges

The new fee is going to increase in proportion to the value of the estate being secured. The more your estate is worth, the higher the new probate grant charge.

The breakdown would be as follows:

The increase comes into force from April. It is expected that an extra £185 million will be raised for the Ministry of Justice by 2022/23 thanks to the ‘death tax’.

Our sister company Face to Face Estate Planning is a team of friendly and professional estate planners. They provide services including will writing, lasting powers of attorney and probate services. Get in touch with them today if you need any help or advice about organising your estate.