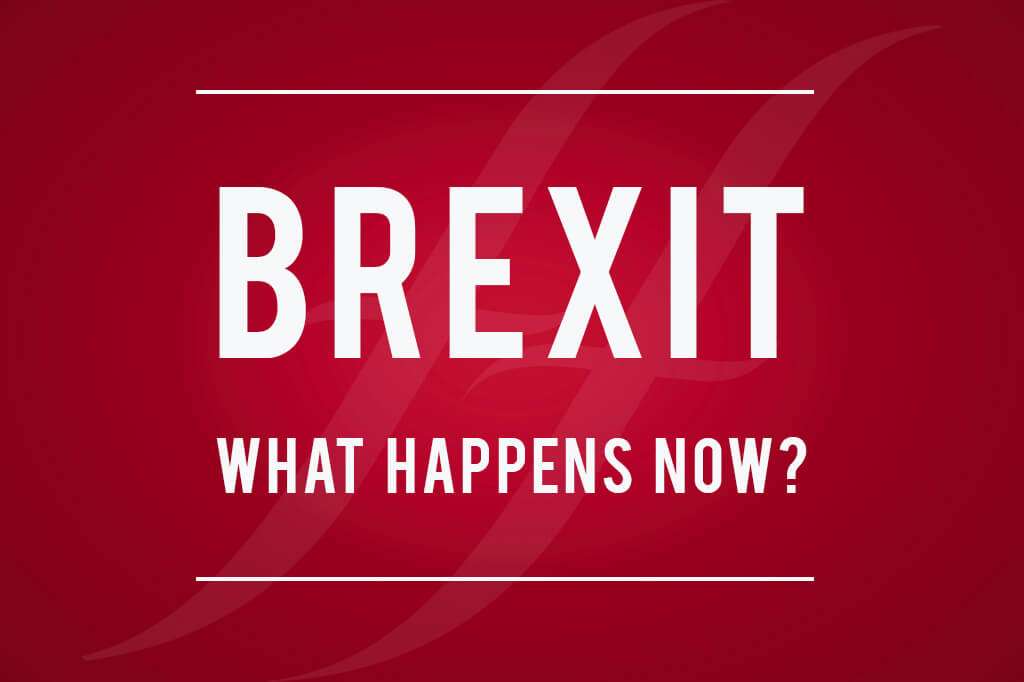 Just in case you missed it, as of 11pm, on the 31st January 2020, the United Kingdom has officially left the European Union. After more than three and a half years of uncertainty, what will happen now we have left, particularly when it comes to your finances?

The truth of it is, we still don’t really know. What we are certain of is that nothing much will change up to December 2020 whilst we are in the transition period. The UK will continue to follow the current EU rules whilst we negotiate our own trade deal with the union.

Can a deal be done?

Whilst Boris Johnson remains confident in securing a great trade deal, it’s a very long and complicated process. In his first speech since the UK left the EU he said, ‘I have no doubt that Britain will prosper mightily.’ Confident words indeed!

Securing a trade deal is far from straightforward. There are a huge number of regulations to be discussed and agreed on – from fishing quotas, to security and intelligence cooperation, each coming with their own complications. As we already mentioned, the Prime Minister is confident that deals will be agreed before our transition period ends.

Some argue that it simply can’t be done and we will need an extension to the transition period. The longer negotiations go on, the more likely it is that the pound will suffer.

With the Prime Minister keeping his negotiating cards close to his chest however, it’s difficult to predict how the trade talks may turn out. In the event that talks don’t run as smoothly as Johnson is hoping, investors will be keen to know how their portfolios will be protected if we leave without a free trade deal.

You may think that the trade talks will only impact businesses who have customers overseas. In actual fact, the negotiations also have the potential to impact investor confidence, stock market performance and, therefore, your investment portfolio.

It would appear that Johnson is taking a more forceful tone during negotiations. This could reduce the value of the pound, affecting portfolio performances. Especially those which gain their revenues from overseas. A similar effect to what happened during the withdrawal negotiations.

Despite the continued uncertainty of where we will be by the end of 2020, one thing is clear: there are always going to be winners and losers.

Take a look at your portfolio

Markets are likely to be highly sensitive to any progress in negotiations, or lack of it. There is bound to be some disruption which will affect one or more of the holdings in your portfolio, for better or worse. It may be a smart idea to sit down with your financial adviser and review where your risks may lie. Identifying these will allow you to introduce more diversification into your portfolio if needed to help with any rough patches.

What about your pension?

Could Brexit impact your retirement? We’re not just talking about if you were planning on retiring to the warmer climate of the continent!

It might not have crossed your mind, but your pension could also be affected by the upcoming negotiations. Especially if it is reliant on getting good returns from your investment portfolio.

It may also be worth reviewing your pension plan if you are concerned it could be affected. You want to ensure that you are still going to be able to live comfortably after retirement – no matter the negotiation outcome.

There should be a little more clarity of what the government’s intentions are after the Chancellor’s first post-Brexit budget in March. So, until then, we just have to keep our eyes on the news.

It makes sense to prepare for what may happen after Brexit, for better or worse. Taking a good look at your investment holdings with your financial adviser is a good place to start.

Get in touch if you would like to discuss your portfolio with your financial consultant.