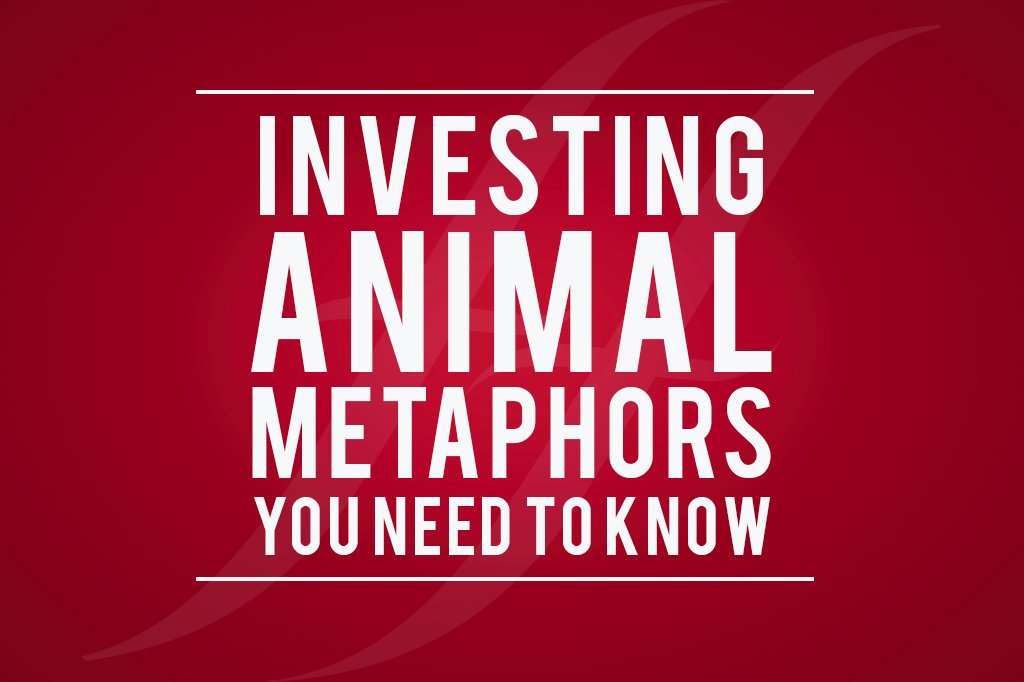 We’ve got something a little bit different for you this week. You might think it sounds like we’ve gone a bit mad in a zoo, but we promise there’s some financial insights in here.

You’ll definitely all have heard of at least some animal metaphors in the finance industry. There’s plenty to choose from, like bull or bear markets, or cash cows.

But, more recently there have been a few more animal terms that have been coined. In this article, we’re going to delve into four of them, giving you some insight into each one and why they’re so important.

Stag investors is a term coined to describe a specific kind of investor, common in the last year as lockdown has made armchair traders of many new people.

A stag investor is someone who likes to make fast deals (a “quick buck”), usually executing high volume, fast trades based on market sentiment, like news stories, earnings announcements or company mergers.

These kinds of investors have become a lot more common given the recent phenomenon of the so-called “IPO (Initial Public Offering) pop” – where a company that goes public will have its shares trade up significantly through the first day of trading, before often dipping off over the following few days. This means there can be lots of money to be made in getting in early.

However, there’s also a lot of risk in a strategy like this. IPO pricing can be extremely difficult to read and predict, and the first day pop isn’t certain to occur.

Lemming investors are used to describe certain investors who can get too caught up in market sentiment and will just follow the crowd.

The term was coined for the story of lemmings who supposedly jumped off cliffs in the Arctic. While this story isn’t true, the rise of so-called “meme stocks” is testament to the number of investors who are happy to follow the crowds for their investment decisions.

While there might be the promise of riches often touted on social media, in practice following market sentiment in this way can be a very dangerous investment strategy, hence the phrase coined from lemmings jumping off cliffs.

This German word, combining the two German words for hoarding and purchase, became famous the world over on social media early in the pandemic as people stockpiled loo roll and tins of soup.

While primarily used to describe those who were panic-buying household products, over the last couple of months the term has taken on a new dimension as we begin to understand the longer term financial effects of the pandemic on homeowners.

Many people have seen their savings increase, as people either prioritise savings to ensure they have something to fall back on should they need it, or save money over lockdown as they’re no longer commuting or going to the pub or restaurants. So the term has evolved to mean people with more savings than they perhaps expected.

This term hails from economic theory. It’s not a description of investors, but a way to describe events. It comes from Nassim Nicholas Taleb’s concept of a black swan event, which he describes as an event with massive impact that comes as a probabilistic surprise but is then justified and rationalised after the event.

The debate here is whether the pandemic is a true black swan event. While many originally thought that Covid-19 was a black swan, what’s now being discussed is this idea of a grey rhino.

A grey rhino event is something that we can predict is coming, and that we have to prepare for. With the pandemic, many people are now pointing out that there were lots of signals to suggest that it had been on its way, and that we should have been more prepared.

So the grey rhino is a concept to help us better think and analyse our business decisions. Is there something big and scary that you’re putting off planning for? That may be your grey rhino!

Well, we hope you’re all still with us. Perhaps a bit out there this week – but we really liked these animal metaphors, and we always enjoy a bit of different thinking.

Want to make sure you’re not investing like a lemming? Check out our sustainable and ethical portfolios.