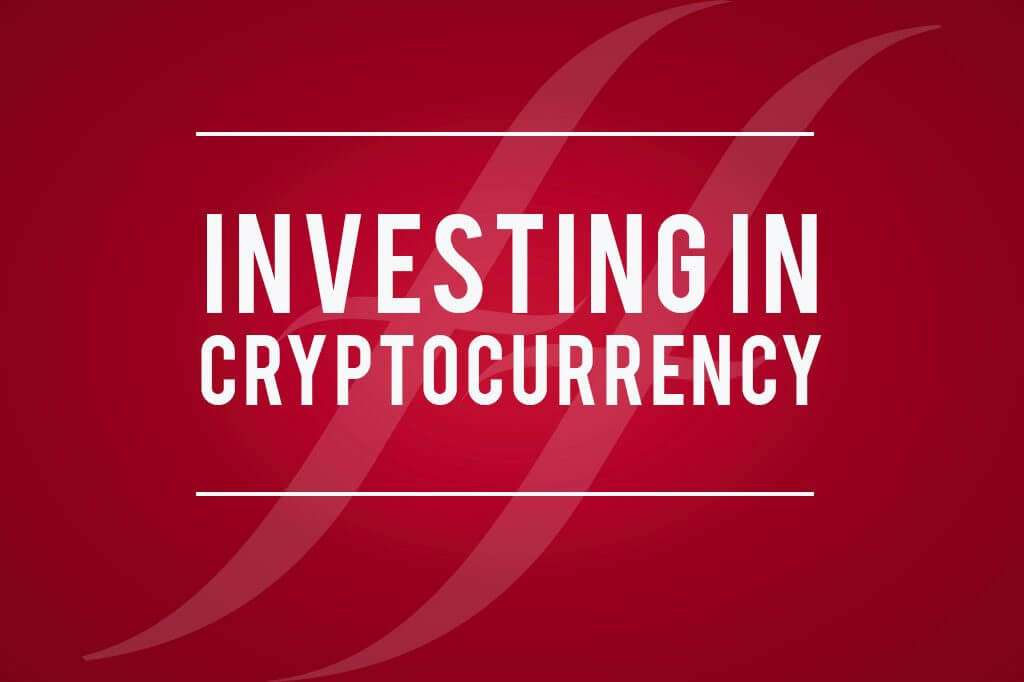 There’s not a day goes by at the moment without so-called cryptocurrency hitting the headlines. But what’s it all about? And with tales of people making stacks of money investing in them, should you jump on board?

Cryptocurrency is a digital money system. Unlike regular money, it has no physical presence. Cryptocurrency is also known as digital money, cybercash and altcoins amongst others. There are a number of different currencies that exist under the cryptocurrency banner. Bitcoin is arguably the best-known. You may also have heard of Ethereum, Litecoin and Ripple.

Cryptocurrency was initially designed to make transactions super secure. From an ideological standpoint, instigators are averse to the idea that national governments have the ability to monitor flows of money in the financial system and use it as a form of law enforcement. With cryptocurrency, control is decentralised and the production is generally capped.

Advocates see a future in which Bitcoin and other cryptocurrencies will substitute Sterling, Dollars etc. to create a free world currency. They see it becoming the dominant currency for international trade.

How do you get hold of cryptocurrency? The process is slightly different for each type, but broadly you can buy from exchanges, or directly from other people via marketplaces. You can also “mine” them, but that’s a pretty complex process that we won’t go in to here.

Once you’ve bought it, you can trade it online using wallet software or an online trading service. There are even Bitcoin and Litecoin ATMs popping up across the UK.

Why are people investing in cryptocurrency?

Some early investors have been turned into millionaires. Last year saw record growth for Bitcoin. It opened 2017 trading at around $1000 and peaked at just below $20,000 in mid-December. Litecoin jumped a staggering 8,000%.

That makes for rather attractive reading. But when something looks too good to be true, it usually is…

Why is investing in cryptocurrency a risky business?

Early 2018 has been a nightmare for many investors in cryptocurrencies. Bitcoin, for example has slumped, losing almost two thirds of its value. Those late to the party could be nursing significant losses.

And that’s one of the main the problems. Cryptocurrencies are highly volatile. More volatile than any other investment class.

Investing means buying an asset that creates products, services or cash flow for an extended period of time – something that has intrinsic value and is worth owning even if you could not sell it. Cryptocurrency does not do anything useful or have social value. It has no intrinsic value apart from what the buyer is willing to pay at any one point in time. This makes it subject to huge price swings.

Facebook has banned cryptocurrency adverts. Major credit cards are declining transactions with cryto exchanges in a bid to stop customers investing on credit. That’s how risky some big players consider it all.

There can be technical issues

If there’s a technical problem with a currency transaction which leads to any sort of delay, the speed at which rates can change mean neither the buyer or the seller can be sure what value they’ll end up with.

And heaven forbid you lose your digital password – you could lose your ‘money’ too. If your computer crashes, your wealth can go with it. It has happened to some unfortunate souls.

You’re also subject to hackers – you don’t know who you might be dealing with.

The legal status of cryptocurrencies varies from country to country. World’s governments are not going to let everyone start trading money anonymously and evading taxes using Bitcoin. There are fears that a huge crackdown may be coming.

South Korea banned anonymous trading to counter money-laundering. It announced it was on the verge of banning Bitcoin trading altogether, contributing to the rapid decline in value at the beginning of this year. China also considered cutting off access to online services that allow people to trade digital currencies. Even if bans aren’t successful, strict regulations may be enforced.

Bitcoin first came to the public’s attention as the currency of drug dealers and other unscrupulous types.

Boss of investment bank JP Morgan, Jamie Dimon, is reported to have labelled Bitcoin a “dangerous fraud”. He threatened to fire any staff trading in it. He seems pretty convinced that crimes will be found linked to the trading.

You’re on your own!

Unlike other investments, cryptocurrency is not regulated by the Financial Conduct Authority (FCA). So if/when it all goes wrong, there’s no one to complain to.

What do the experts say?

Will cryptocurrencies recover this year? Or is it all a bubble? Or a huge scam? It depends which ‘expert’ you ask. And ultimately, there is no authority on cryptocurrencies as it’s all so new and unknown. Investors are in unchartered waters, which is a dangerous place to be.

What do we say?

In order to be a real currency you need easy trading between people, wide acceptance that it’s legal tender, and a stable value – otherwise it’s impossible to set prices. Cryptocurrency is currently failing on all counts. We can’t imagine it gaining any real intrinsic value in the near future.

If you choose to invest despite the warnings, only invest what you can afford to lose. Sure, that should be a rule for all investments. But the risks are definitely higher here than most.