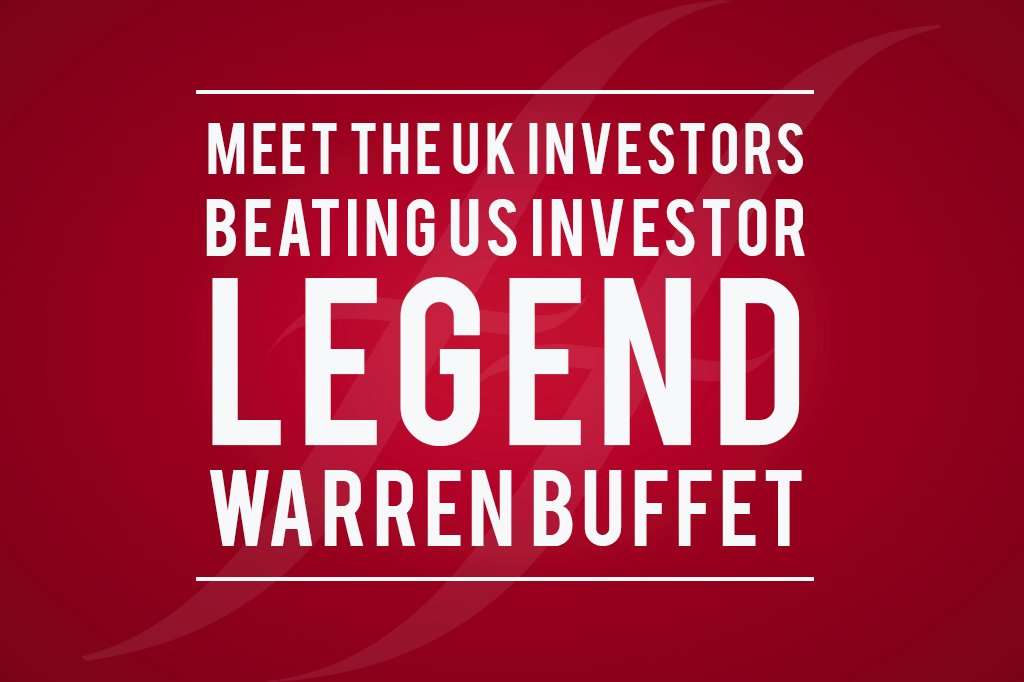 We were intrigued when we came across research suggesting that some UK fund managers have been out-performing investment legend Warren Buffett. Investment company AJ Bell have undertaken analysis of fund performance and have identified a number of funds that they claim are beating Berkshire Hathaway, the massive investment juggernaut that Buffett helms.

So, in this article, we’re going to dig into the claim and see what it really means. Should you be rushing to invest your cash in these funds? Is it really a fair comparison? Find out in this article.

Who is Warren Buffett?

But, before we get onto that, let’s just spend a little bit of time going over who Warren Buffett is and why it’s so significant that these fund managers have outperformed him. While many of you will of course be familiar with Buffett, some won’t – and there’s no sense in making a comparison without laying out what we’re comparing to.

So – Warren Buffett. He’s now one of the richest people in the world, and well known as one of finance’s most successful investors. Now 90 years old, Buffett has had a long and illustrious career in finance, establishing his own investment philosophy and running the Berkshire Hathaway investment portfolio for five decades!

Born in Omaha in 1930, Buffett quickly took to the entrepreneurial life, starting many small business ventures in his teenage years. He worked as an investment salesman and analyst before starting his own investing partnership, Buffett Partnership. He then took charge at Berkshire Hathaway in 1970, where he has taken them from strength to strength using his value investing principles.

Building on previous work on the value investment theory, including from Benjamin Graham, Buffett’s investment strategy focuses on company fundamentals, attempting to identify companies who are undervalued based on their ability to grow and develop over time. He’s well known as an investor who buys big in specific companies and holds them over the long term, including famously purchasing up to a billion dollars of Coca-Cola stock.

Which funds have outperformed Buffett?

AJ Bell have identified four over-achieving fund managers who they say have outperformed Warren Buffett. They looked at comparable UK funds over the last 20 years – a period in which Berkshire Hathaway returned 507.5% to its investors. This is compared to only 353.1% on the S&P 500 in the same period.

AJ Bell actually identified around 160 funds which posted higher returns than Berkshire Hathaway – but they discounted any which have had changes in managers. Only four of these funds have had the same manager running them over the entire period, so only these four managers can be said to have specifically outperformed Buffett himself, who has been running Berkshire Hathaway over that period.

The managers and funds identified are:

Is this a fair comparison?

Well, yes and no. In terms of whether this is truly a fair comparison – there’s a number of different ways to look at it.

The first and obvious answer is yes. These funds have all been managed by the same fund manager for 20 years and they’ve all posted higher returns than Berkshire Hathaway, so we can of course say that they outperformed Buffett.

And all four of these managers have a similar approach to Buffett. They all tend to buy and hold their stocks, making big bets on companies that they really believe in. However, they tend to follow a growth approach, rather than Buffett’s value-based approach; meaning they’re specifically looking for companies they believe have a lot of scope to grow.

However, these funds are significantly smaller than Berkshire Hathaway. This gives these fund managers a lot more room to manoeuvre, meaning they can invest in far smaller companies and exit positions quicker than huge funds are able to. This allows them to be more nimble market players.

Plus, these funds tend to invest in emerging markets and niche investment areas. We would generally expect these to outperform huge funds who invest in large companies.

So, it may not quite be true that these investors have “beaten” Warren Buffett – given that he manages such a massive fund and is therefore forced to be slower moving. And, the fact that he’s sustained such impressive gains over his entire career means many of these investors still have a long way to go yet!

However, in real term value over the last 20 years, many of these funds have posted greatreturns.

We might not be Warren Buffett, but we can still offer seriously good investment advice. Get in touch today to find out how we could help you.

This article should not be treated as investment advice and has been written for information purposes only.