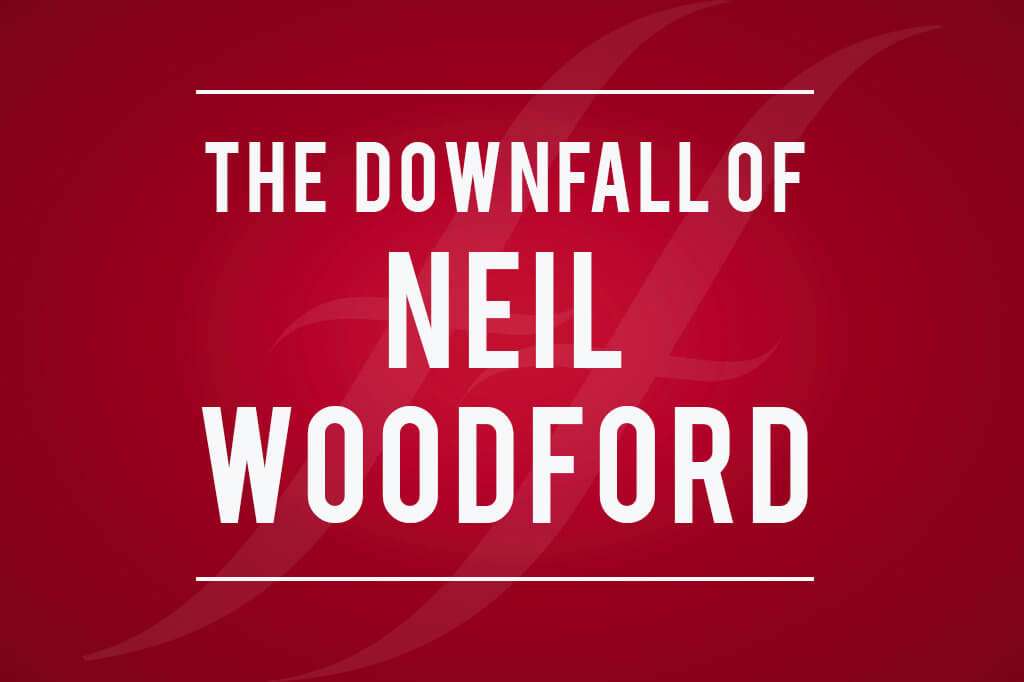 The Downfall of Neil Woodford: What are the lessons for investors?

In his heyday, Neil Woodford was described as “Britain’s answer to Warren Buffett”. But, last month, the dwindling fortunes of superstar Fund Manager Neil Woodford took one final hit as his business finally imploded following months of uncertainty.

What happened, and what can we all learn from this unfortunate series of events?

Who is Neil Woodford?

Neil Woodford found fame in the investment world during a 26-year stint at investment management firm Invesco. As a highly respected Fund Manager, it was his job to analyse the potential of different stocks to decide whether or not they make a good investment. His bold decisions saw investors’ wealth grow at unprecedented rates.

In 2014, he left Invesco to set up his own investment house. As a Fund Manager, he was known for choosing large stakes in small caps and unlisted companies. He played the market his own way and had attracted quite the following. Confident that his success would continue, many of his loyal followers were quick to invest in his new funds.

Following a hugely successful first year, his flagship UK Equity Fund, The Woodford Equity Income, began to struggle, bringing little return for investors who have been in it throughout. Performance simply wasn’t living up to expectation and the more performance suffered, the more people wanted to get out.

This race for the door caused serious problems for the fund. Neil Woodford had to start selling the more liquid holdings, which are typically in larger companies and tend to be easier to sell, to pay investors. This left more smaller earlier-stage companies that are, by their nature, riskier investments and therefore more difficult to sell so cannot quickly be turned back into cash to pay the investors who were trying to get out.

In July this year, the fund was suspended to protect investors and prevent the quick sale of assets at prices that may not represent fair value. The hope was that Neil Woodford would have time to reshape the portfolio and move investors’ money into more liquid investments. However, the suspension was extended until last month, when Woodford was sacked from the fund, which is now being wound up with any cash being returned to investors. Neil Woodford is now winding up the rest of this business.

How did it all go so wrong?

It’s no secret that part of the reason Neil Woodford left to set up on his own was because he was frustrated by the strict rules of his employers at Invesco. However, the subsequent outcome goes to show that governance is a crucial issue – rules are usually there for a reason.

Whilst Woodford claims that his fund was a victim of bad markets, largely as a result of the Brexit uncertainty, sceptics argue that he lost sight of his strategy.

When investing in early-stage companies – as Neil Woodford liked to – returns are largely theoretical. These types of investments demand that fund managers make broad assumptions. These assumptions can be highly influenced by individual thought patterns rather than relying on the forces of the market. This is where behavioural economics comes in – the effect of psychological, cognitive, emotional, cultural and social factors on economic decisions of individuals. Arrogance may have played its part. Some of his worst critics accuse Neil Woodford of beginning to believe that his name alone would fuel future companies’ success.

Many are also cheesed off because investment platform Hargreaves Lansdown appeared to promote the fund as one of their top picks. This whole situation has, for some, called into question the relationship between high profile fund managers and the platforms that promote them to ‘star’ status.

What are the lessons for investors?

The main lesson is that investors should remain cautious of even the most experienced fund managers. Paying charges to a star fund manager to try and beat the markets doesn’t always pay off.

Here at Face to Face Finance, we recommended Neil Woodford when he was manager of the Invesco Perpetual High Income Fund. But, crucially, we never recommended his Woodford Equity Income Fund. Why? Because the latter didn’t have a track record. We look for at least three years’ tried and tested history before we will consider a fund. Neil Woodford’s fund didn’t pass that test.

Investing in a fund managed by a strong team who approach it in different ways and work together to make investment decisions can help limit the negative effects of behavioural economics. Arrogance is a dangerous trait for a fund manager!

Make sure you do your homework before you make any investment. Find out how a fund manager invests before they have your money. And, most importantly, don’t put all your eggs in one basket. Don’t invest everything with one individual, no matter how diversified their fund…or great their track record.

Better still, if you’re interested in investing, come and speak to us first. Our team has the experience and the technology at our fingertips to help you make sound investment decisions.