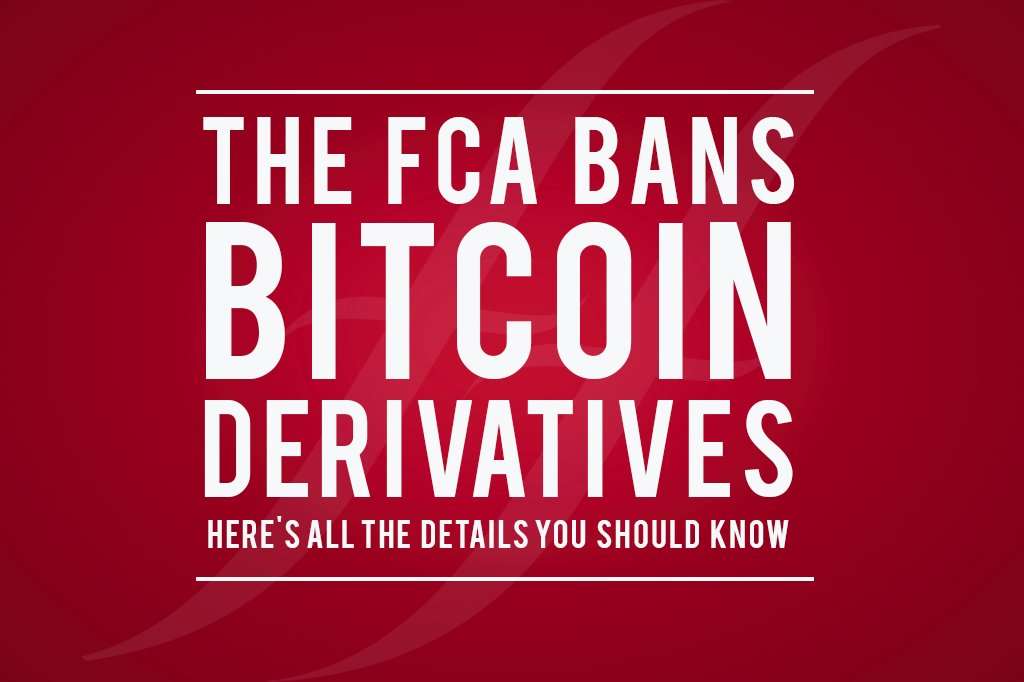 The FCA Bans Bitcoin Derivatives: All the Details You Should Know

So, it’s official – effective from 6th January 2021, the FCA has banned the sale of all cryptocurrency derivatives (including exchange traded notes, known as ETNs) to retail consumers in the UK. It’s been discussed for a while, and the FCA have now stepped in. In this article, we’ll be going over why these extremely risky derivatives have been banned, and what it might mean for you.

We’ve written about cryptocurrency before, so if you want a primer on what it is and why it’s considered so risky, you can read our article on cryptocurrency here. There are lots of cryptocurrencies out there, some of the most famous of which include Bitcoin, Ethereum, Tether and Litecoin.

With these financial vehicles and products, what you’re essentially doing is paying a fee to make a bet on the prices of cryptocurrencies. If you get it right, you could make money, but if you get it wrong, you could potentially lose far more than you originally bet.

What is a derivative?

We haven’t really talked about derivatives before now, so before we go too much further let’s cover what they actually are. Well, a derivative is an instrument sometimes used in financial services. However, they are particularly risky because their value is reliant upon or ‘derived’ from an underlying asset or group of assets, but they don’t have any value in themselves. Their price is purely tied to the value of the underlying asset.

Why did the FCA ban crypto derivatives?

The simple answer here is that the FCA consider cryptocurrency derivatives to simply be too risky for retail consumers – to the point where they believe that they have the potential to cause serious harm to these investors in the form of “sudden and unexpected losses”.

The FCA cited the fact that there’s “no reliable basis for valuation” of the cryptocurrency themselves, the “extreme volatility” in the price movements, and “inadequate understanding” of the products themselves as reasons for the ban.

Not only is Bitcoin in particular prone to extreme volatility, but there are also concerns about market manipulation and leverage on other cryptocurrencies. The rise of so-called “stablecoins”, such as Tether, has prompted worries about artificial scarcity and an inability to maintain proper backing. This kind of leverage has the possibility of causing massive losses in value for cryptocurrencies, creating ripple effects across the entire crypto markets – as the price of each crypto is leveraged on the price of others. The worry here is that the entire market could be leveraged upon itself, like a house of cards, and could all fall over at any time.

What does this mean for you?

Well, firstly it obviously means that you should stop investing in these products if you are. As these products are now banned by the FCA, they should stop being offered to UK consumers, but you may still see them on the internet as they are not regulated worldwide.

You should also be more aware of potential scams offering these products. As legitimate companies are no longer able to offer them, any company still seen to be doing so is far more likely to be a scam. You can find out more about cryptocurrency scams on the FCA’s website.

Are other changes likely?

There has been a long-running debate over whether the regulation of cryptocurrencies themselves, and this is one of the first indications that the FCA may be pondering getting further involved.

We see this as a bit of halfway house pending further regulatory investigation, perhaps – a way of regulating bitcoin and other cryptocurrencies by banning the most volatile and risky bets, before more investigation and regulation might come in on the assets themselves in the future.

This article should not be treated as investment advice, and has been written for information purposes only.