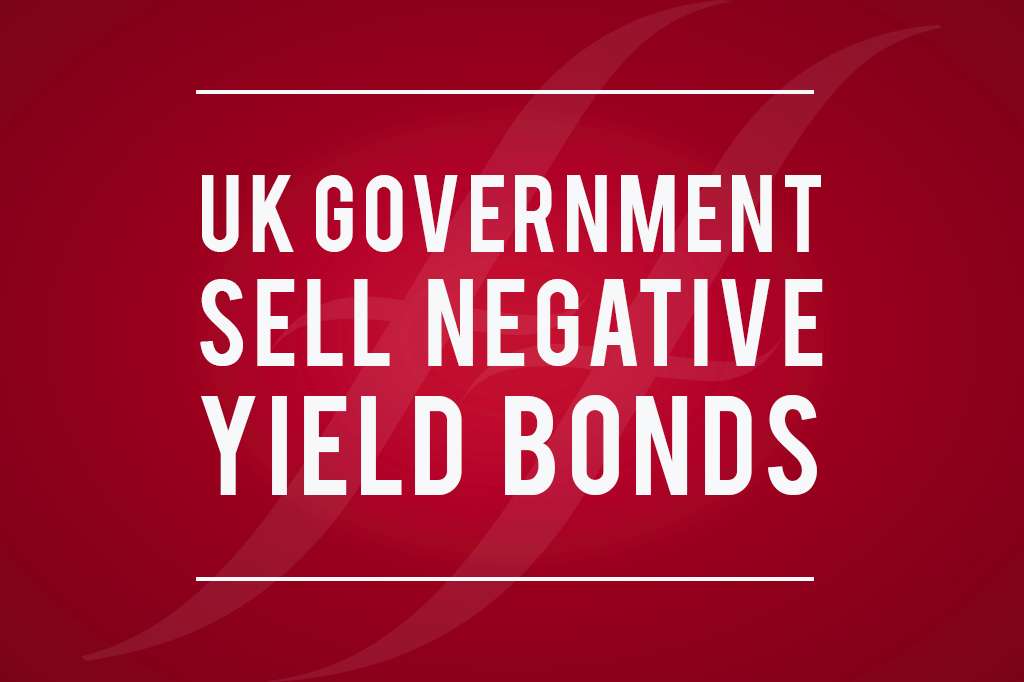 As the country continues to adapt to the Coronavirus pandemic, the economy continues to suffer. In April, inflation fell to 0.8%. A four-year low which was far below the Bank of England’s 2% target. Despite the Government now making moves to restart the economy it’s going to be a very long time before things get back to where we were before.

Back in April, we wrote about the financial markets in the lead up to the lock down. So, how are UK investors holding up in the eleven weeks that we have been in lockdown?

Probably the most notable development is that the government have issued its first ever negative yielding bond.

A negative yielding bond means the investor will get less back when the bond matures than the original purchase price. In simple terms, this essentially means investors are paying the Government to take their money.

The bonds were sold with a yield of -0.003%. This figure was in direct response to huge interest. The number of bonds sold were over two times the amount that the DMO (Debt Management Office) were looking to sell. Which goes to show that any fears about increased Government spending putting investors off, were totally unfounded.

Unsurprisingly, investors basically paying states to borrow their money is not a common occurrence. Negative yielding bonds are very unusual. As we have already mentioned, this is the first time they have been issued in the UK. It’s something that happens only during times of very high financial and market stress.

Government bonds are typically seen as a safe bet in the world of investment. This is because of the UK’s strong creditworthiness. In response to the current pandemic, investors are rushing to make the most of these safer investments.

Despite the fact investors who hold the bonds to maturity will get back less than they put in, it’s only a very small amount to lose in the long run. Investors are at least almost guaranteed to get the agreed amount back in the end.

A smaller loss here is far more preferable compared to the alternative. Losses in markets such as stocks and shares or corporate debt have the potential to be far higher.

What does this mean for the Government?

Thanks to the rush of investors, the Government have raised £3.75bn through the sale of the three-year gilts. A figure which the Government will find very advantageous considering the pandemic is causing an estimated £300bn shortfall in the budget.

Is cash still a good investment?

In response to the economic downturn caused by lockdown, it is looking increasingly like cash is also becoming a risky investment.

Since the Bank of England (BoE) cut interest rated to 0.1%, there have been mutterings that they could go one step further and set negative interest rates. This would also be the first time this has happened in Britain’s history.

In response to these claims, Andrew Bailey, the BoE governor, commented that the central bank did ‘not rule things out as a matter of principle’ but he did not ‘rule things in either’.

If these whisperings come into fruition, then investors could face losses even on money held in cash.

It’s safe to say, we are still living in incredibly uncertain circumstances. Investors are going to have to stay buckled in for a bumpy ride. The economic turmoil is far from over yet.

Say it with us – ‘investing is a long-term practice. I will not make any rash decisions.’

We understand that these may be worrying times for those who do have investment portfolios. If you are at all concerned or have any questions, don’t hesitate to get in touch with your financial consultant. We will be happy to have a chat.