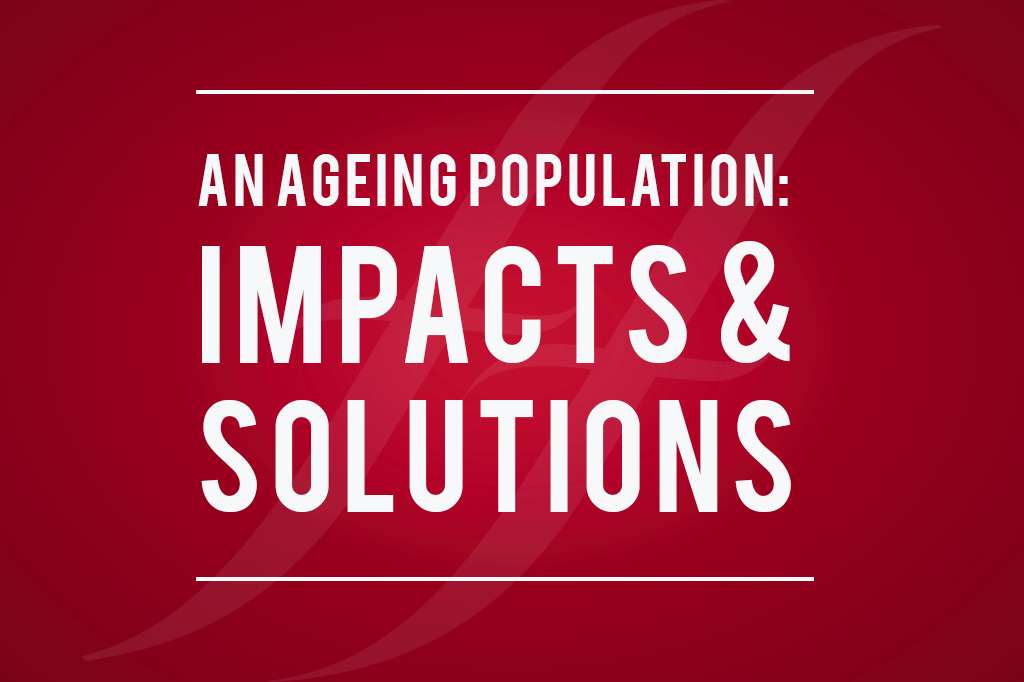 An Ageing Population: The Impacts and Solutions

In this article we’re going to bring you details on what an ageing population could mean for you. Obviously, there are big impacts on pensions – but this is also a more philosophical question over how we treat older people in society. After all, the idea that everybody has the right to a retirement is a relatively recent one.

What does an ageing population mean?

There are a few related causes for an ageing population. Firstly, better healthcare and medicines mean that people can expect to live longer on average. And, in many areas of the world, the global economy has moved from manual labour to jobs which take less toll on people’s bodies, so people stay in better health for longer. Plus, in many countries, our standards of living are higher, and so the overall risk of death is lower.

Another related cause is the overall birth rate declining in many countries. This causes a double effect, whereby people are living longer, and not enough babies are being born to balance out the pyramid. The overall proportion of older people increases as there are fewer young people around.

The fundamental issue with an aging population is that it tends to mean there are more older people no longer working. Generally, their financial contribution to society via income tax, for example, decreases and, in some cases, their cost to society in terms for care costs increases. Partner this with fewer people at the bottom of the pyramid joining the ranks of workers and things become out of balance.

Has it always been this way?

This is a relatively recent problem. Historically, lower standards of living and far higher mortality rates meant that the population was far younger, with vastly fewer people living to old age.

There were also different attitudes towards older people, too, with many expected to keep working right up until they couldn’t work any longer. The idea of a restful retirement is a recent one. In fact, many cultures would solve the issue of older dependent people by asking them to leave the village, or even encouraging them to kill themselves. A bit extreme, we think! But there are some examples of historical societies in which older people were looked after and respected for their wisdom and experience.

The idea of pensions themselves have been around for a long time – at least as far as ancient Rome. However, they tended to be used as a reward for military service, so the average person didn’t necessarily have access to a pension to retire on.

What are the solutions?

The trouble with solutions to the problem of an ageing population is that there are fundamentally a number of different causes. Each cause has its own potential range of solutions, but they will all need to be addressed together to solve the problem.

For example, an issue with overwhelmed healthcare services might be solved by additional healthcare spending, or even a specific tax aimed at solving the health and social care crisis.

However, without changes to the retirement age or to the pool of available workers, we will be placing a higher and higher tax burden on a decreasing number of working adults. This may mean taxes have to continually increase, and there may even come a point where it becomes totally unsustainable.

So, this may mean that in the future, radical changes to the way that retirement works are needed. However, we don’t predict that this will happen any time soon.

When will we find out more?

One issue with the entire situation is that it relies upon extrapolating data into the future, which we just can’t predict with confidence. For example, birth rates may begin to increase again. One area of study that tries to help in this area is gerontology, which is essentially the study of the ageing process, including both improvements to medicine as well as the social effects that we have discussed in this article.

It seems likely that as the population continues to age even further, studies in this field are going to become more and more important. So, it’s definitely an area that we’d recommend keeping an eye on!

For help with your pensions and retirement planning, speak to Face to Face Finance. Our friendly team can help assess your needs and come up with a plan that’s tailored to your situation.