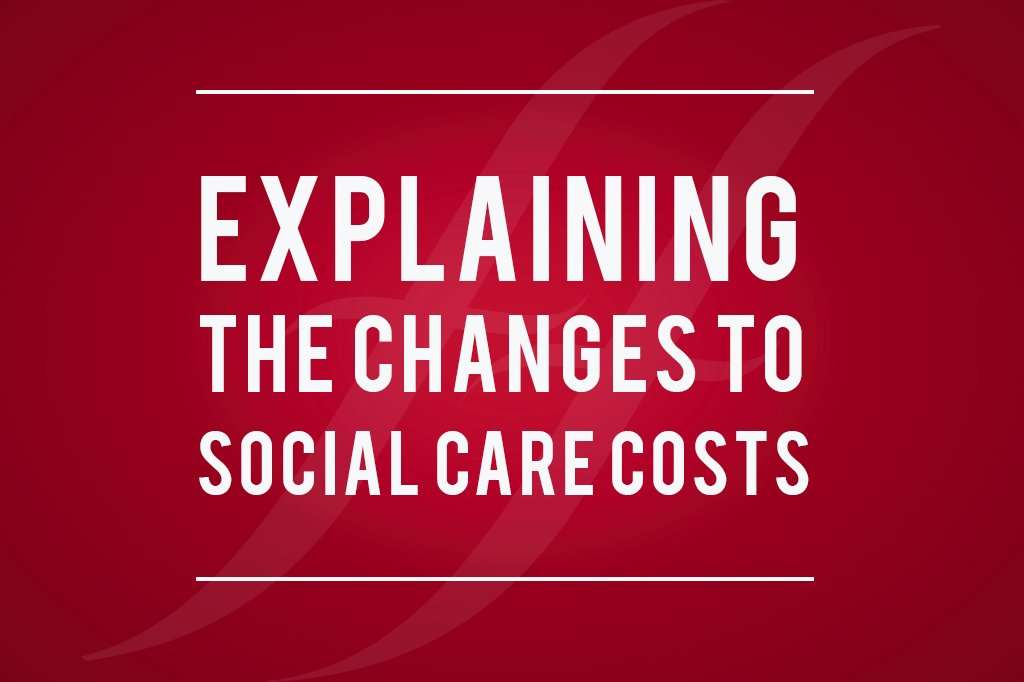 In our last article, we discussed the recent changes to the pensions triple lock. The Government’s recent announcements are big news in the financial world, so this week we’re going to move on to another of the new changes. This time, we’ll be looking at the social care costs policy changes.

The recent announcement included introducing a cap for personal care costs, a change to the way means-tested help is calculated, and of course set out how these changes will be paid for. In this article, we’ll go over what these changes are and what they might mean for you.

A number of changes have been announced to the way that social care costs will be paid for.

Firstly, a new cap has been introduced to the amount that anybody will pay for social care in England. This cap means that people will not pay more than £86,000 in care costs over their lifetime. This cap only applies to costs for personal care, not to accommodation, so will only cover some parts of the bill for those moving into care homes, but will cover in-home care. Once this cap has been reached, local authorities will pay for personal care.

In addition, the asset-based means tests that are used to determine how much people pay will be changed, to help those with limited assets. Those with between £20,000 and £100,000 in assets will get help towards their care costs from their local authority. And those with below £20,000 in assets will not pay towards care costs from their assets at all, but might have to contribute from their income, depending on how much they receive. These new means tests are more generous than what’s currently in place, so most people who pay for personal care will be significantly better off due to this change.

When do the changes to social care costs come into force?

While these changes will sound attractive to those currently receiving social care, or expecting to do so shortly, there is a big delay before they will come into force.

The changes to the social care costs won’t take effect until October 2023. This means that those in care currently will keep racking up costs until then.

How will these changes be funded?

Alongside these changes, the Government announced a new Health and Social Care Levy. This levy will come as a 1.25% increase in National Insurance, which will apply from next April. From April 2023, it will be split out from NI contributions on payslips and become a specific additional tax levy, the proceeds of which are ringfenced to go towards social care and the NHS.

This extra money will firstly go into the NHS to help clear the backlog caused by the pandemic, before all of the money is then moved over to fund the social care system.

Who will benefit from these changes?

Well, the obvious beneficiaries of these changes will be those who start receiving personal care in the next few years. The increase in means testing thresholds means people will have to spend less of their personal assets, with local authorities covering more of the money required to pay for care. Plus, the cap on costs will mean a massive decrease at the highest level of the money that some people end up paying for care costs.

These social care changes have been warmly received by many, as they broadly mirror the recommendations from the 2011 Dilnot Commission, which looked into the funding gap in the social care system. However, others have criticised the Government for the National Insurance increase, which breaks a manifesto commitment that was made at the start of this Parliament.

For more information on what these changes could mean for your finances, why not book an appointment to speak to one of our estate planners or financial advisers? Get in touch with Face to Face Finance here.