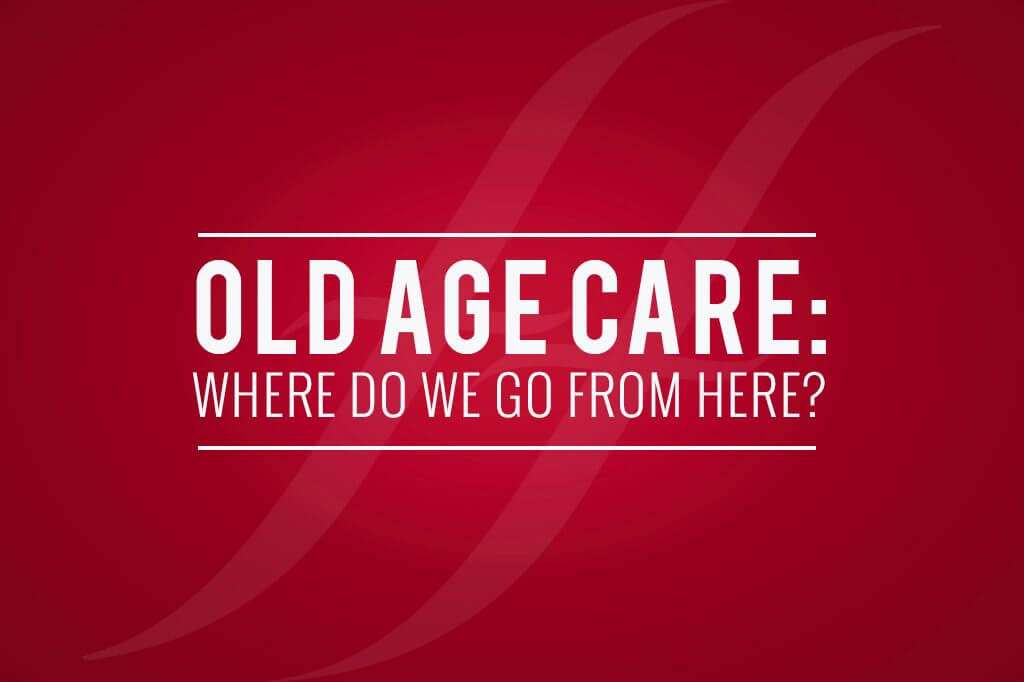 Old Age Care: Where do we go from here?

Here in the UK, we’re facing a crisis when it comes to how we’re going to pay to care for our aging population. People over the age of 90 in the UK now account for almost 1% of the entire population.

Calling it a crisis isn’t overstating the issue. More than 4 million people over 65 have care needs, but only 85,000 of them currently qualify for state help. The average fees for a care home are in the region of £26,000 a year. Many people just aren’t prepared for that.

But the government hasn’t prepared for it either. There is no money set aside for social care spending.

So how on earth are we going to tackle this problem, as a nation, and as individuals?

What is the Care Act?

The government has acknowledged that something needs to be done to help resolve the shortfall in funding for old age care. But they’ve not really done anything to speak of, yet.

In 2014, the Government issued The Care Act, a pledge to cap the cost of paying for long-term care in England. It means that, from 2020, no one will have to pay any more for their eligible care needs to be met once they have spent a total of £72,000. It covers the cost of care an elderly person receives either in their home or in a care home. But…

So if, for example, your local council is prepared to pay up to £650 a week for your care. You’ll need to deduct the “bed and board” rate from that, leaving you just £420 a week as the cost of care that the council will pay for.

If your care home fees are, say, £750 a week, that means you will still be spending significantly more than £72,000 before your costs are capped. And even then you’ll still have to pay the balance of your costs over and above the figure your local authority will cover (in our example, the £420 a week).

The government says that no one will be worse off under these changes. But the average stay in a care home is two and a half years so most people who fund themselves won’t ever reach the cap.

The BIG caveat around all these Care Act promises, is whether they’ll ever come into effect, or be canned before 2020. There’s a lot of cynicism around it. And with the impending general election, there is still plenty of time and scope for change.

What other changes are planned?

Help with care costs is currently means tested. A person’s finances are looked at to decide how much they should contribute to the cost of their care. At the moment, if you have capital and savings above £23,250, you have to fund all of your own care. If you have more than £14,250, you will have to pay something towards your care.

Having said that, these are only the thresholds at which you’ll be assessed to see how much the council will contribute. If your assets drop below £118,000 but you still get a high income, from a good pension for example, you might still be liable for the full cost of your care.

And these changes too, are liable to be amended, or even binned altogether before they see the light of day.

Local authorities in England are being allowed to bring forward council tax increases totalling 6% over the next two years (2017-2019) to pay for social care. This will add more than £90 to the average bill for a Band D property. Charities supporting the elderly welcomed this, but said it wouldn’t be enough to fill the hole in funding, estimated to reach £2.6 billion by 2020.

Are there any other options on the horizon?

The government tried to get a new insurance product developed by the City to cover old age care. But no one took up the challenge. We’re not really surprised. It would cost an awful lot to develop and roll out a product, and with the government changing its mind with some regularity on the issue of care, there would be no guarantees that an initiative would be properly supported by the time it reached the market.

Another idea mooted was that of encouraging Care ISAs, offering preferential interest rates for a pot of up to £75,000, which you can withdraw for social care or leave, tax-free, in a will. However, this idea hasn’t caught on either.

Britain is becoming a nation of ‘grandparents caring for great-grandparents’ with the over 65s being the fastest growing carers group. Even those who in a previous era might have been old enough to be the recipients of care are often being required to provide it. And, at the moment, there doesn’t seem to be a solution.

There seems to be a shift in ministers calling for “societal change”, rather than coming up with any solid solutions. They are calling for a shift in how we perceive our responsibility to care for our aging parents, some arguing we should approach it with the same unquestioning nature we have about caring for our children.

A memo leaked in 2016 positioned former Health Secretary, Jeremy Hunt, among those who favour motivating people to put money aside for social care, as they do for pensions.

So what should you do about old age care?

The system of paying for care is complex, and is likely to remain so for some time.

So for now at least, the ball seems to be firmly in the court of individuals. There is no guaranteed help on the horizon, so we must all take responsibility for saving for our own care to spare our children and grandchildren having to shoulder even more of the burden. This is particularly true if you’d like access to a better standard of care in your old age than the basic state minimum.

The key is to start early. As with pensions, it can seem hard to give any focus to something that seems so far off. But making provisions early is the best way to reach your end goal. There are some existing long term care insurance options and savings options that will help.

The best way forward is to give us a call to find out how we can help you organise your finances for the future.