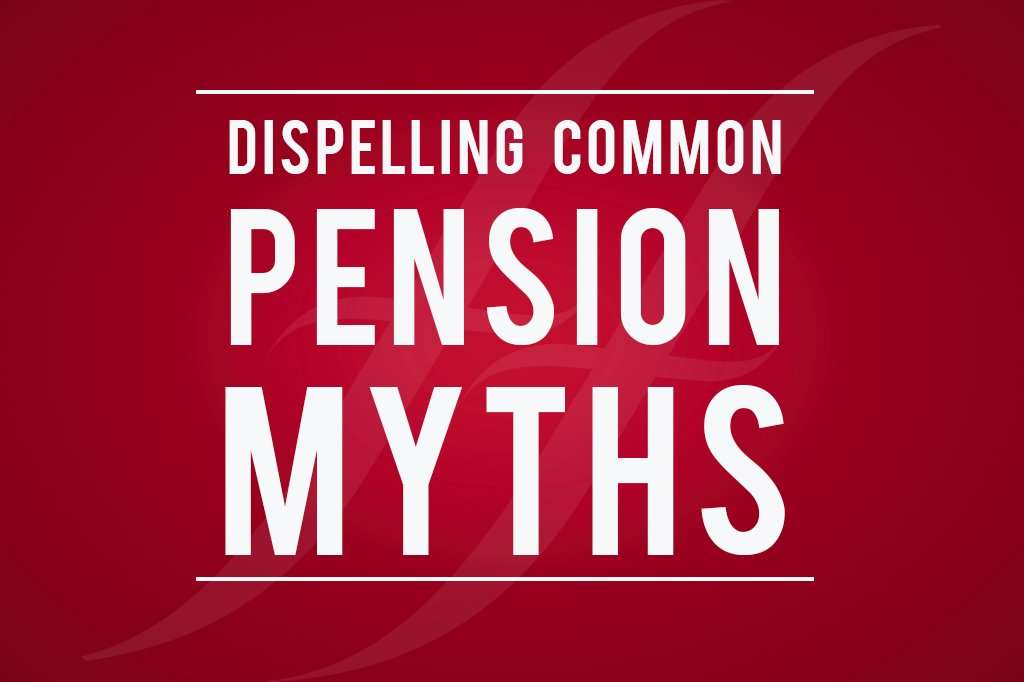 Here at Face to Face Finance, we’re all about clear and honest financial advice and information. And, we want to help you get the same advice, wherever you are.

When it comes to pensions, there are a lot of myths floating around. And a lot of so-called conventional wisdom that actually isn’t so wise after all.

So, in this article we’re going to dig into some common urban myths about pensions and explain the facts. We’re going to interrogate the conventional wisdom and give you some clear best practices that you can use to build your retirement strategy.

1)    The State Pension is enough to live off

Our first myth is one still believed by many people who haven’t really thought about their retirement strategies yet: that the State Pension is enough to live off.

While this may have been true in the past, it’s simply not accurate anymore.  The current State Pension allowance is just over £9,000 per year, which for many of us will not even really be a significant portion of our retirement income.

The truth is that you need to pursue an active retirement strategy, with other pensions or income streams to add to your State Pension, in order to retire comfortably.

2)    Solely investing in property is a great pension strategy

This is another common myth that we hear a lot. Many people see the idea of buying rental properties later in life as a sensible retirement strategy, to the exclusion of all others.

Now – we’re not saying that buying property is a bad investment. Far from it. But your retirement strategy needs to be more planned out than simply saying you’ll buy a second house later in life.

For a start, you’re missing out on lots of tax benefits from contributions into a pension scheme. Your pension contributions receive tax relief at your marginal rate, so you could be losing out if you’re using money you could contribute to a pension to save up for a second home.

Plus, when you do buy a second home, you’ll actually end up with a hefty tax bill. Stamp duty, tax on rental income, plus potential capital gains tax if you later sell the property.

While investing in property in a properly thought-out and managed way is definitely an option as one part of a retirement strategy, it’s certainly not enough on its own.

Many people believe that their pension pot is just for them, and that they and their partner need to pursue individual retirement strategies.

Now, there is some truth to this one – even with a married couple, each individual’s finances will be different, so there can be a level of individualisation to the strategies.

However, your partner can inherit your pension pot when you die. Usually, if you’re under 75, they’ll inherit it tax free, and if you’re over 75 they’ll only pay tax at their marginal rate.

So, you can take a collective approach to your retirement strategy, the same as you would for any other financial plan.

While an annuity offering a guaranteed annual income used to be the typical way many people received their pension, there are now lots more options that are worth exploring.

Many people are now looking into setting up what’s called a drawdown pension. With this kind of arrangement, you actually retain your pension fund as it currently stands, rather than selling it to buy an annuity, to provide you with a regular income.

Drawdown policies can be complex arrangements, so make sure you speak to a financial adviser before setting them up. But, for many people they can be a more efficient way of receiving the money they’ve accrued in their pension.

5)    I can worry about my pension later in life

Probably the most common retirement myth is this one: that there’s always time in the future to set up your retirement strategy.

While it’s true – you can always put off sorting out your retirement plans until tomorrow – it’s also an extremely harmful myth that can really hurt people’s ability to save properly for later life.

The earlier you start saving, the better off you’ll be. Even putting a small amount away when you’re younger will set you in far better stead later on, through the magic of compound interest (i.e. growth on growth).

You’re far better off getting your pension sorted early and letting your money work for you over the course of your career!

Our last myth for this blog post is probably one of the most damaging. You might be thinking that this sounds absolutely ridiculous – but some people do believe that pensions are somehow a waste of time, or an ineffective way of saving for retirement.

Pensions are simply always going to be at least a part of an effective and well thought out retirement strategy. The tax benefits and investment opportunities simply make them too good to overlook.

So, there you go. Our six top retirement and pensions myths: busted! Need some help with your retirement strategy? See how we could help.