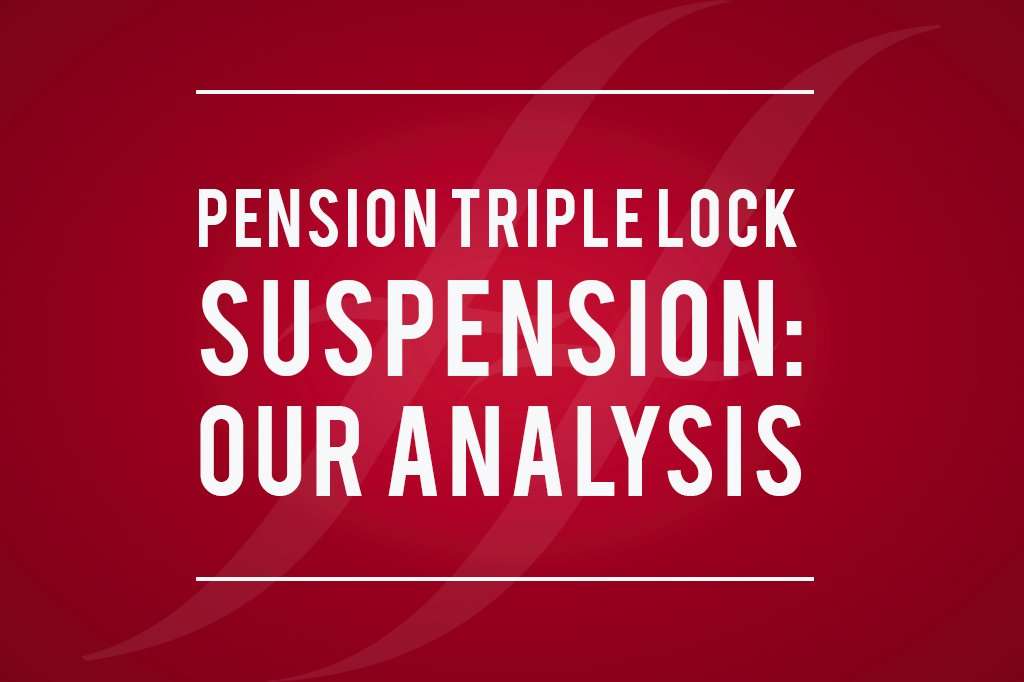 Pensions Triple Lock Due to be Suspended Next Year: Our Analysis

It’s been rumoured for a little while now, but this week it was confirmed that the Government intends to suspend the pensions triple lock for the 2022/23 financial year. The Government have announced that due to a spike in average earnings, which they say is a statistical anomaly caused by the end of furlough and other pandemic related issues, this component of the triple lock will be temporarily suspended.

Instead, the State Pension increase will be locked to whichever is higher: either an increase by 2.5%, or a rise in line with inflation. In this article, we’ll explain why this change has happened, what it means for you, and give our analysis on whether this policy was really required.

Before we go any further, let’s explain what the pensions triple lock actually is, and what it means.

In the UK, the triple lock means that the State Pension increases each year by whichever is highest out of the following 3 figures:

This means that the State Pension will always increase by either 2.5% or in line with consumer inflation or earnings. In theory, this is a fair way to ensure that pensioners are never left worse off than the rest of the country.

The triple lock has been in place since 2010, and keeping it in place was a part of the Conservative Party manifesto for this Parliament.

Why is it being suspended?

The reason the increase in earnings part of the triple lock is being removed is due to the fact that this figure will be around 8% – a statistical anomaly. The Government says that this figure isn’t an accurate representation of wages over the past year. They say that due to the ending of the furlough scheme, the figure has been artificially increased by wages all going up at the same time, as lots of people all went back to work and their wages increased by 20%, back to the level they were pre-furlough.

It’s certainly an awkward position for the Government, as they are being forced by what looks like a quirk of statistics to break a manifesto promise.

What does this mean for me?

Well, firstly, if you’re a pensioner it looks likely that the State Pension will still increase by between 3-4% due to the inflation rate increasing. So, you’re unlikely to be significantly worse off because of this change.

For everybody else, this change is unlikely to affect them hugely – although an 8% increase in the State Pension would need to be paid for in other ways, likely by additional tax increases. So, you’re probably saving money due to the removal of the triple lock.

Is removing the triple lock a bad thing?

Well, it does break a Conservative Party manifesto commitment. And so some people are criticising the Government over this.

However, many people agree with the Government that an 8% increase in the State Pension wouldn’t really be fair in the context of the current state of public finances in the country, as well as the tax increases that many others in the country are having to bear. Especially as this 8% figure appears to only be a result of the timing of the furlough scheme, and not representative of a real increase in earnings.

And, many others have been calling for the removal or reform of the triple lock for years, and are saying that today doesn’t go far enough to bring the pensions burden of the country back under manageable control.

Whichever way you look at it, the Government look set to have saved an estimated £4 billion with this move. And that may well be the most important thing, given the pressure on public finances as we move out of the pandemic.

This is certainly the less controversial aspect of the recent social care announcements and may well continue to fly somewhat under the radar, with the increase in National Insurance proving to be a far more hotly debated topic. Stay tuned for our article on that later in the coming weeks.