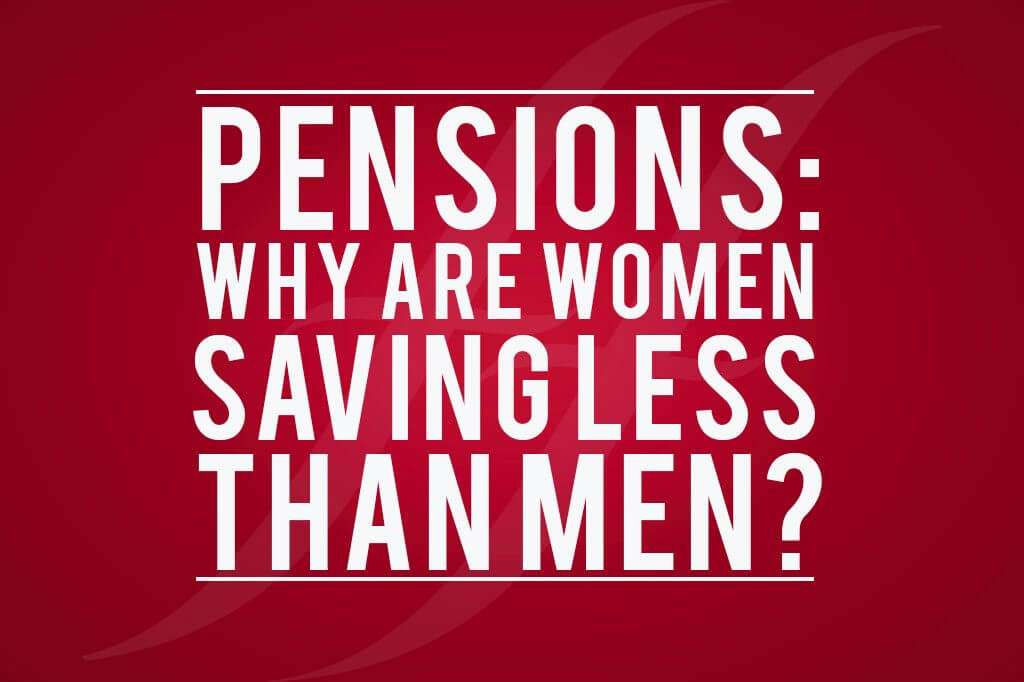 Pensions: why are women saving less than men?

Let’s start with some statistics…

All of that adds up to the fact that:

In this day and age, that makes for pretty depressing reading. But why is it happening?

Why are women saving less than men?

Quoted figures vary, but the fact remains that women, on average, still earn less than men.

The average woman in the UK earns 85.5p for every £1 paid to a man. A professional working woman, working full-time, can expect an average pay packet £8,524 a year smaller than the equivalent male. This means women are likely to have less money left over at the end of the month to contribute towards savings than men. It makes me want to weep.

This gender pay gap becomes a pensions gap in retirement. In fact, it widens even further due to other factors discussed below.

Even with the advent of shared parental leave in 2015, women are still much more likely than men to take time away from work to look after children. During that time, they will lose out on employer contributions to a company pension. But there are other factors at play here too.

According to the Office for National Statistics, almost three-quarters of mothers with dependent children are now in full- or part-time work. This is an increase, probably contributed to by access to more funded childcare.

However, data analysed by the House of Commons library in 2013 found that 14% of the 340,000 women who take maternity leave each year find their jobs under threat when they try to return, with some told that they cannot continue in their role part-time.

Some women are forced into positions with less responsibility and find it harder to get a promotion, while others are effectively constructively dismissed. This means that the number of women in part time work is significantly higher than men.

The knock-on effect is that women are more likely than men to miss out on automatic enrolment contributions paid by employers into a workplace pension. In a part time role, many will earn less than the £10,000 qualifying earnings threshold. Even those doing two jobs (as twice as many women as men do) may not quality if neither job triggers contributions.

More women are also becoming self-employed, often as a way to juggle work and childcare. Many overlook, or simply put off, sorting out a personal pension.

Add to that the fact that many women pay for childcare out of their own wages, rather than splitting it with their partner (some sort of misplaced guilt for working?) and mums get a bit of a raw deal.

The answer? Better flexible working, and pension schemes catering to women’s retirement needs. But with currently fewer than three in 10 organisations offering saving schemes tailored to different working patterns, this may be some way off.

Women not taking responsibility for their own pension planning

More than one in 10 women in the UK says their partner is responsible for pension planning.***

This can cause a particular problem when it comes to divorce. The pension savings gap widens further when divorce becomes a factor. 71% of divorced couples didn’t discuss pensions as part of their settlement.*** Women, particularly, are less likely to have considered their savings options or their pension rights during divorce. This is despite pension pots potentially being one of the most valuable assets you own.

There’s also the simple fact that many women with a family put everyone else’s needs before their own. Looking after their own retirement is at the bottom of a long list of other priorities. We’re not suggesting women are unique in this, plenty of men play this role in their family too, but it’s a relevant point for this article.

Around 61% of pensioners are women because, on average, they live longer.

There’s another particular group of women, those born in the 1950s, who are currently suffering under a rather unique set of pension conditions. The state pension age is increasing for women (from 60-65 by November this year, 66 by 2020). This move will leave this group of women as much as £40,000 out of pocket. They expected to receive their pension at 60 and now have to wait several more years to get it. They didn’t have enough time to plan for this provision. Some are having to sell their homes to supplement the shortfall.

What can we do about it?

The gap between the number of men and women saving into a personal pension has widened in recent years. The government is making some moves to address inequality in state pensions by making the state pension age the same for all. They’re also trying to encourage more people to start saving from a younger age through auto enrolment.

But they’ve still not taken into account the simple fact that many women earn less, for various reasons, and therefore save less towards their pension.

So, we urge women to take steps to understand and prepare.

When you look at the evidence it feels as if the dice are somewhat loaded against women. Make saving a higher priority and start earlier. Take responsibility – don’t put your future entirely in someone else’s hands.

If you need help, give us a call. We’d be glad to help you get things in order.