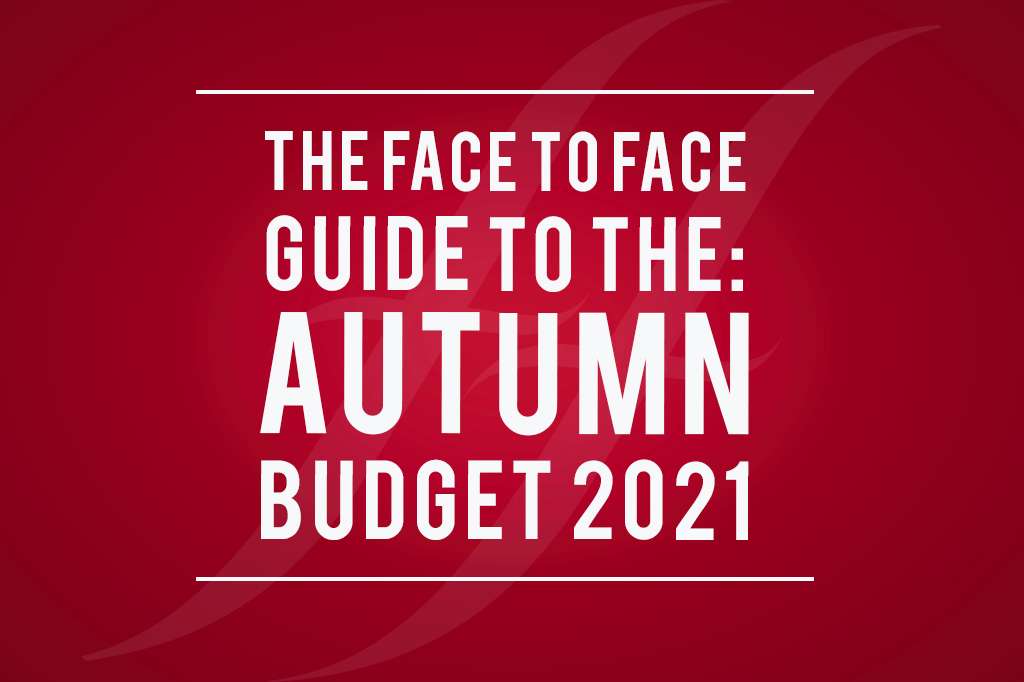 The Face to Face Guide to the Autumn Budget 2021

You might be forgiven for thinking that you’ve only just finished hearing about the Budget… This year, the Chancellor has announced two! The Autumn Budget 2021 saw Chancellor Rishi Sunak unveil a number of measures on spending and tax, focusing on transitioning to a “post-Covid” economy.

There are a number of significant changes in this budget, so it’s worth making sure you’re up-to-date on all the announcements. There’s a lot of volatility in the financial system at the moment, with energy and petrol prices fluctuating, inflation causing cost of living increases and supply chain issues meaning localised shortages are possible.

Because of this, it’s more important than ever to keep a close eye on financial news. And that’s just what we’re here for here at Face to Face Finance. So read on for our guide to the Autumn Budget 2021, covering some of the key changes that are likely to affect your finances.

This change will have a positive impact on many in the country who are on the lowest wages, and on the youngest workers in the economy.

No tax increase on petrol

In the Budget, the Chancellor announced the cancellation of a planned rise to fuel duty, meaning there won’t be a rise in the amount of fuel duty, which is currently at a rate of 57.95p per litre for both petrol and diesel. This freeze on fuel duty rate will remain until at least 2023.

However, with fuel prices currently still extremely high at forecourts across the country, this change is unlikely to bring fuel prices back down, merely to ensure they don’t increase too much more – which may not be enough for many drivers.

The Budget also included some changes to the way that air passenger duty works. Under the new rules, due to come into force in April 2023, long haul flights will get more expensive as a new band of the duty is introduced.

However, domestic UK flights will get cheaper, as the new rules include a 50% cut to air passenger duty for these flights. This has been criticised as an environmentally unfriendly measure that might encourage people to use domestic air travel over rail, but the Chancellor defended it as a boon to the domestic air industry.

One of the biggest overhauls in the Budget comes to the alcohol tax system. The new system will not be based on categories but on the strength of the drinks, meaning drinks with lower alcohol content will become cheaper. Stronger drinks will be more expensive, however.

There will also be a cut in the duty rate of 5% on draught beers and ciders, in an effort designed to support pubs and breweries across the country. These changes will likely mean that most will pay less for their alcoholic drinks, and beer in particular should get cheaper.

The Chancellor also announced changes to the Universal Credit system. Under the new system, people who work and receive universal credit will be better off, as the “taper rate” has been reduced from 63p to 55p. The taper is the amount of Universal Credit you lose for earning money. Essentially, this means that those who work and receive benefits will keep more of the money that they earn, so ultimately will be better off.

This measure is due to be put into place “within weeks”, and should see some of the most vulnerable in society become better off and more able to withstand the pressures on cost of living that many are currently experiencing.

Stay tuned to the Face to Face blog for more news and updates about the Autumn Budget 2021 and other financial news.