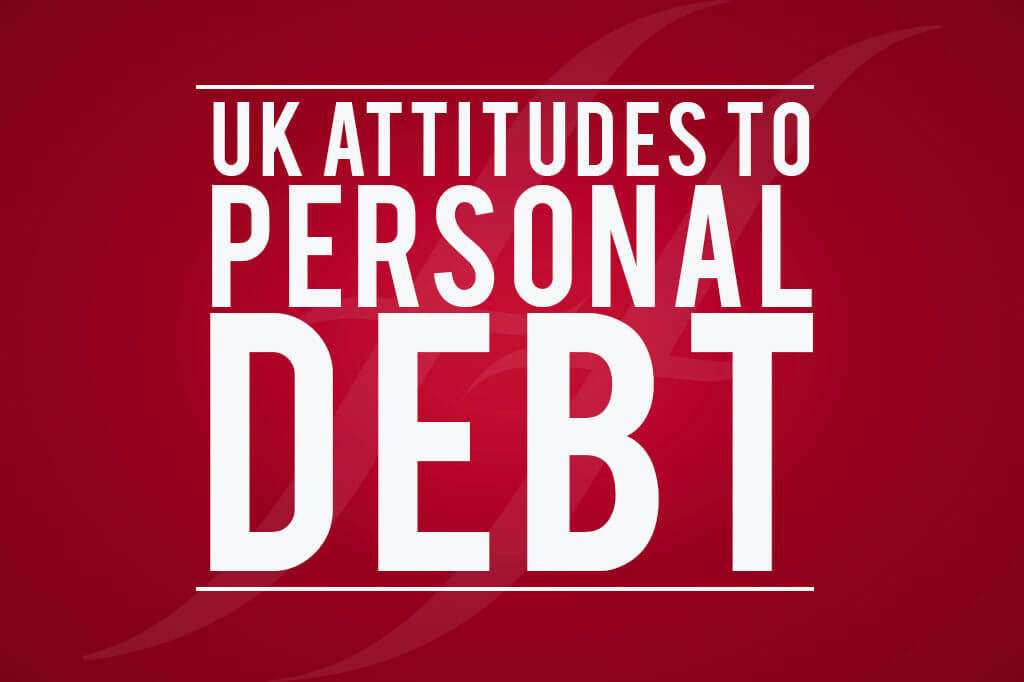 The UK’s attitude towards personal debt

Debt. A word that we’re all familiar with. Most of us are likely to have some form of debt at least once in our lives. But a recent survey by NerdWallet has discovered millions of Brits are losing sleep over the four-letter word.

What did the survey find out?

In recent years, the level of debt problems people are dealing with has increased a significant amount. The survey was commissioned to get a ‘better understanding of the UK’s attitude and understanding surrounding personal debt.’

The 2,000 participants were asked to reveal what type of personal debt they currently had. Unsurprisingly, the most common forms of debt turned out to be:

Some worrying habits were uncovered in the survey. A third of respondents admitted buying items on their credit card before figuring out how they will pay it off. This can prove to be a dangerous habit.

29% of those surveyed said they felt out of control of their debt and have no idea of how they will pay it off. A whopping 67% of those with debt don’t have a financial safety net. Men are the worst offenders with a massive 73% of them admitting they don’t have savings. Whereas, the number for women is 62%.

With statistics like this, it’s no wonder that almost a quarter of Brits are losing sleep.

Do you know your DTI ratio? In fact, do you know what a DTI ratio is? Hopefully, you answered yes to both of these questions. NerdWallet found that 44% of UK adults were unaware of their DTI ratio. 39% confessed that they didn’t know what it meant.

Just in case you don’t know: A person’s debt-to-income ratio is their monthly debt payments divided by their gross monthly income.

This ratio is commonly used by lenders when deciding if they should or shouldn’t lend to you. Therefore, knowing and managing DTI ratio is very important for everyone. Especially if planning on seeking a helping hand for a large purchase such as a house or car.

As a rough guide, a DTI ratio shouldn’t be above 45%. Obviously, the lower the ratio, the better.

Are Brits right to be concerned about debt?

It has become apparent that the UK doesn’t have a very healthy attitude to the growing debt issue.

41% of those surveyed said they do not feel comfortable speaking to friends or family about their debt. Considering the impact debt has on the lives of UK residents, not talking about it could prove to be a large part of the problem.

Despite debt being thought of as a bit of a curse word, it can actually be very valuable. In fact, some ‘good’ debt can be beneficial in order to be in a healthy financial position.

Hardly anyone would be able to buy a house without a mortgage. A mortgage is an example of ‘good’ debt. This is because it is going to be paid off over a number of years, with future earnings, and it will leave the individual in a better position than they started off in.

Making a payment against a ‘good’ debt each month proves that you are reliable. It can help to raise your credit score and make lenders see you as a safe investment. In theory this will make it easier to take out a future loan should you need to.

The moral of the story?

Fortunately, if you’re already in touch with us, it’s likely that you are taking responsibility for your financial position. Hopefully you’re not one of those from the survey losing sleep over debt. But it is a very real problem nationally.

All Brits need to remember is that it is important to borrow money and manage debt responsibly. Hopefully, the findings from the Know Your Money survey should encourage those Brits struggling with debt to speak to someone. Whether it is an independent financial advisor, advice service or simply friends and family. There’s no need to lose sleep over debt if it is acknowledged and dealt with before it spirals out of control.

If you want to plan for your future in a financial responsible way, our cashflow planning service could be a great option. Get in touch with us today if you would like to talk.